Written and directed by: Pierre Guillois

This is a narrative that poses existential questions. Its epic and tragic aspects and its evocation of numerous other issues touching upon the value of life give it a universal quality.

Jean Vincendon and François Henry are amateur mountaineers, both under 25 years old. They’ve lost their way in the Mont Blanc massif, forced by a storm and the bitter cold onto an icy precipice. They are freezing, trapped, and nearing the last of their strength. They are waiting to be rescued. In 1956, winter mountaineering was in its infancy. The Algerian War was in full swing and the army had refused to spare any of their helicopters. Meanwhile, the young radio station Europe 1 was giving French listeners their first opportunity to follow such an event as it unfolded. For more than a week, people followed the tragic movements of François Henry and Jean Vincendon, lost somewhere in the shadow of Mont Blanc in temperatures reaching -20°C.

The Chamonix Guides, unaccustomed to winter rescues, refused to help, while Terray, an independent guide, organised a desperate rescue attempt. The government remained woefully inactive, and some blamed the situation on the young men’s thoughtlessness. Journalists circled, vulture-like, over the stranded pair. A rescue helicopter crashed only 50m from their location, and an official operation was finally mounted to rescue the rescuers. From being so close to salvation, the two young men found themselves left on death’s doorstep in the ruins of the helicopter. The only possible response to such a tragic tale is sorrow, and respect for the immense mental and physical effort made by the two men to survive for so long in such extreme conditions.

We can take as consolation that this event paved the way for modern mountain rescue techniques. The Chamonix Guides did not emerge unscathed from the experience; and yet who would dare blame someone for not having risked their life in order to save another? 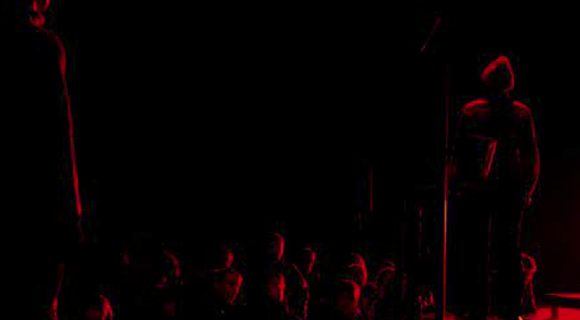 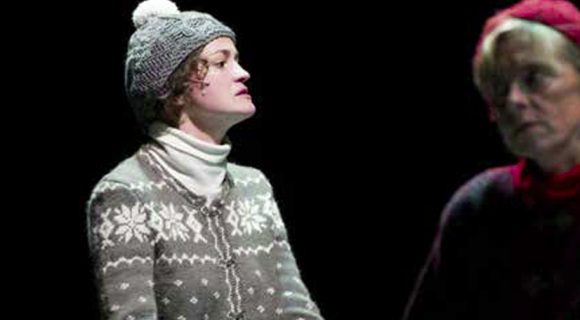 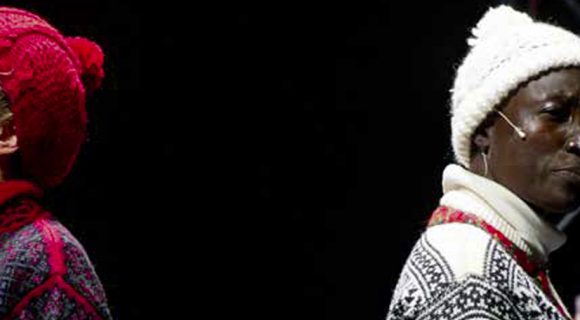 With the generous support of Le Fourneau National Street Arts Centre
Created on site at Le Quartz National Theatre in Brest, November 2013
The first version of this production was created in Bussang at Théâtre du Peuple – Maurice Pottecher in 2007